WELL WE DID NOT EXPECT THAT

Our family next door had friends with children staying for a few nights just after Christmas.  The kids needed to blow off steam so as we were headed to my doctor we asked who wanted to go with us and three of the kids were well up for it.  Off we set and we had not gone very far before one of the group notices a squirrel looking very frightened and appearing to be stuck between a down pipe and a wall.  All the chidden begged Colin to free the squirrel so without ado Colin set about to do just this.  He was wearing gloves so it idid not appear to be a big issue.  How wrong were we.  The ungrateful squirrel (though of course just acting out of fear) bit Colin with a ferocity we would not believe.  Not one but five bites with the bigger one extending all around his finger.  The blood poured and poured which concerned the children a great deal and I must say me. 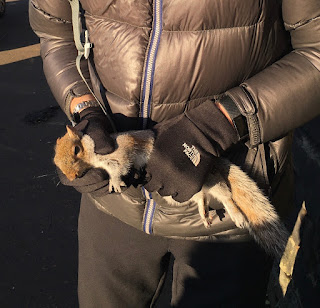 What were the precedents for being bitten by a squirrel?  We headed off to a pharmacy that was close by to get sterile wipes and dressings as the wounds continued to bleed, not just a little but such a lot.  The chemist took one look and told us it was an A & E job, that he would not touch it.  We were on our way to my doctor anyway so decided to ask them as who really wants to sit in a hospital waiting room for hours on end.  No joy to be had at the docs as we were informed that as it was a squirrel bite it needed a different tetanus jab than they gave.  I continued into town with the kids whilst Colin set off for the hospital.  Fortunately he was only an hour waiting and he came home with all his wounds dressed, a pack of antibiotic tablets and a sore arm from the tetanus jab.  One thing became clear is that never again would he help a squirrel in distress.  His favourite walking gloves now have holes in them too so a disaster on all fronts.

Out and about over the festive period

Well yes I did manage to go to the Indian Restaurant on the 23rd December but did not tarry, just ate and ran, well more shuffled out when finished.  The food was excellent and well worth the effort.

I managed a couple more meet ups with friends.  We attended our once a year catch up with the troops as we are called.  We do more than once a year at different times but this one is set in stone that on the 24th December we all meet up for a meal.  This year it was at a great Italian place we know and once again we were not disappointed in the food and service.  I managed to stay the course and was astounded that I did given quite how bad I had felt only a few days up to this meeting.

We also managed to meet up at a smashing fish place with the Captains (a group of about 12) and had the most superb halibut steak I have had in years. I feel sure it would have been cooked with loads of butter but my did it taste good.  So yes I was able to meet up with friends which was very pleasing.

My back improves daily.  Though there is nothing I can do about my deteriorating heart at least I am not in as much pain as I was and can see a light at the end of the tunnel.  Never do I wish myself nor indeed anyone else to experience such pain, in particular as I could not take pain meds to help to relieve it.


Izzy had on her Christmas list that she wanted a fringe.  I truly did not want her to have one but her mom is wise and sorted Izzy out a pamper time at my daughters hairdresser.  The hairdresser was going to go over all the pros and cons of a fringe with Izzy to make sure she made the right choice for her. 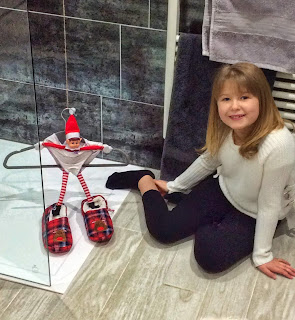 The last thing I said to Izzy when she left us was please do not have your hair cut into a fringe.  See there is so much you can do with hair all one length and my fear was that a week or two after the hair was cut she would regret it.  We waited at hone until we heard the doorbells ring.  I stayed in the dining room whilst Colin answered the door  I dreaded her coming through but in actual fact she looked amazing,  When I told her she looked relieved that I liked it and kept asking "really grandma, really you like it.? Yes I did  though I think there is one person not quite as happy for her as we all are.  That is Chris.  Chris is Danielles partner and an amazing step dad to Izzy.  He truly loves her and I think when he saw her he saw is little girl was growing up.  She does look older with a fringe and he seemed to find it more difficult to see than we all did.  I think he has come to terms with it now but it did take a while.

I am hoping there will be more break throughs in medicines, not just for us but for the other rare diseases, and the ones not so rare.  I would love a year that sees more treatments, more options for us all.  Maybe if more money is thrown into the mix we just might do it.  Who knows.

One thing I hope it does not hold for me is another letter that dropped through our door dated the 31st December from Health Care At Home.  It stated that they were about to knock me off the list for my life saving meds as despite them trying to get me on the phone on numerous occasions I had not answered any of their calls.  We were livid. - in particular as we log all calls and not one had come from them.  Not just my own phone number had not been rung but neither did the house phone nor Colin's.  So they were lying and yet they informed me they were going to talk to my hospital to inform them.  Of course we immediately rang them up to ask them what the heck they thought they were doing and that the letter was so ridiculous as we could prove to anyone who cared to see that not one person had tried to contact us at all.  The lady on the end of the line was very apologetic and said she had had quite a few phone calls to say exactly the same thing. Clearly there was a problem at their end, somebody lying to say they had rung us all up.  She was getting the people in the know to deal with it. I was informed I should throw away the letter and my meds are now on their way. So who did this, who said we could not be contacted, who had the right to withdraw all my life saving meds. Quite scary and this needs to be sorted once and for all. I used to like this company but recently have had more and more issues with them.  Let us hope that 2020 they manage to get their act together and treat us with respect, not lied to or lied about.

Need to sort it

This is my scooter that needs sorting.  I have no idea how far it will take me or whether the battery is good or bad.  Though it does charge to the top I am very nervous about being stranded outside with no battery power.  So this week I will set off on it and see how far I can go.  Remember we have a great deal of hills where we live so it needs to be able to cope well.  I shall just keep going and when I fear there is hardly any power left I shall ring Colin so he can collect both me and the scooter and take us home.  Though I have no issues on trundling along flat canal paths with it is has been quite a while since I tackled any hills and it is better to be safe than sorry.  That will be one of my tasks for this week.  Exciting life huh!!!!

So life is once again turning around and being good to me.  We have a few hospital appointments to get sorted and I have my yearly colonoscopy coming up shortly but I want to try to enjoy as much life as I can before I knuckle down and take the selexipag.  By the way my date to begin it has moved to March now as there are quite a lot on it and the monitoring of it takes the staff a lot of time so they want to trundle us out in batches.  I totally understand that.  In the meantime I will try to enjoy life to its fullest.

I wish you all the best for 2020.  I am not going to hope for world peace and all of that because that will never happen.  I will however hope for you all peace in your own lives and as good health as you can get.

Warm love to you all and many thanks for all the encouragement I received from so many of you when I really was in despair due to my back issues.  I think if I continue with the physio it will eventually clear up. 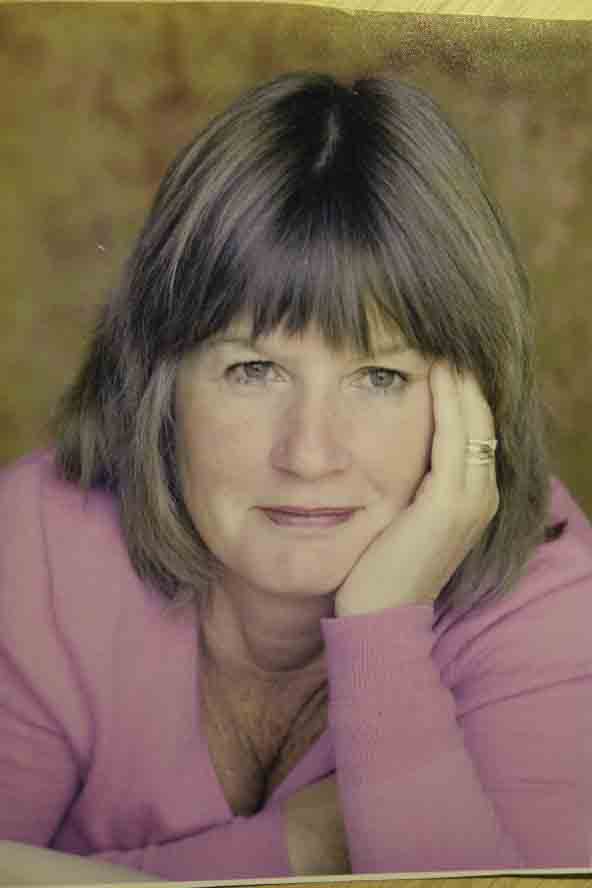